First Dessert on the Dock
of the Season Draws 20

A dry and warm evening was enjoyed by residents and visitors who came out to see both old friends and new while enjoying some delicious homemade treats. Joan Maddison announced this Sunday's 50th Anniversary Celebration honoring July Hoffner's service as accompanist and other hard work which she performs. Greg Franklin spread the word that the Silver Lake Choir will be singing the first Sunday of August (the 4th) and voices are needed. Muriel Small will direct. Julie Hoffner announced that Friday's concert will feature GRIZZWOODE which was our closing group of last year. Don Weaver blessed the food and we were off to a great evening. 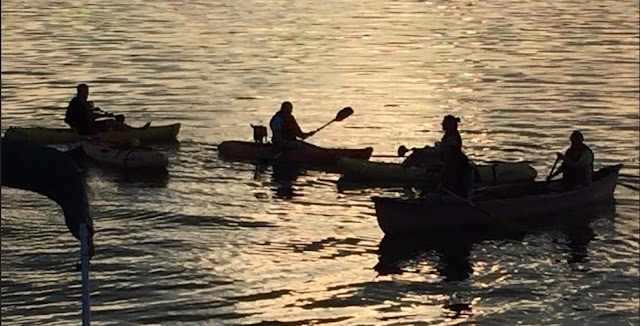 Dessert on the Dock folks watched the campers from Asbury Kayaking along Silver Lake. 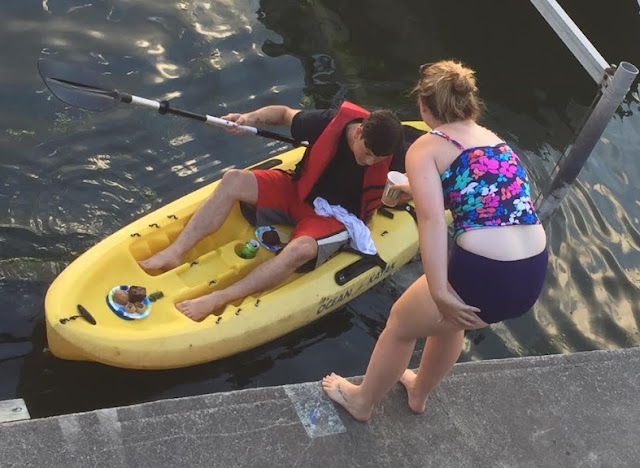 Two Kayakers stopped by for dessert and then take back off again. Notice the plate of sweets in the front of the craft. Shown above is one of the tables filled with resident diners sharing friendship and conversation as they enjoy the Lake and the sweets. 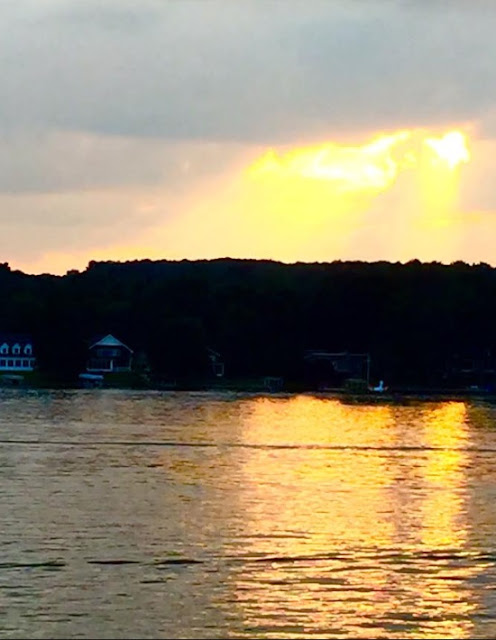 The clouds kept reforming shapes between us and the sun, creating some of the most beautiful shapes and rays. No one's photos seem to capture the real beauty and essence of that which we observed.
Posted by G.A.F. at 9:45 PM