On the Fourth Day of Christmas ... 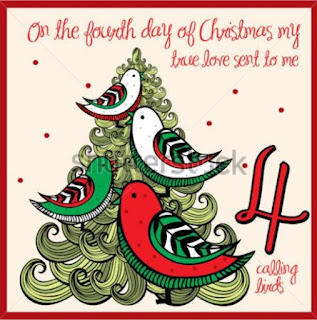 The Kris and Glynne Schultz's of Lakeview Ave. revealed that on December 15th at 3:53 pm they noticed a large plume of black smoke going straight up in the air, past the tree tops, on the west side of the Lake. They then checked with 911 and amazingly, the fire had yet to be reported. They decided to take a drive over to the vicinity of the fire and noted that the Perry Fire Department was on the scene and cleaning up. The fire appeared to them as having been from spontaneous combustion from a large pile of either manure or a scrap pile of highly combustible hay scraps, or both. 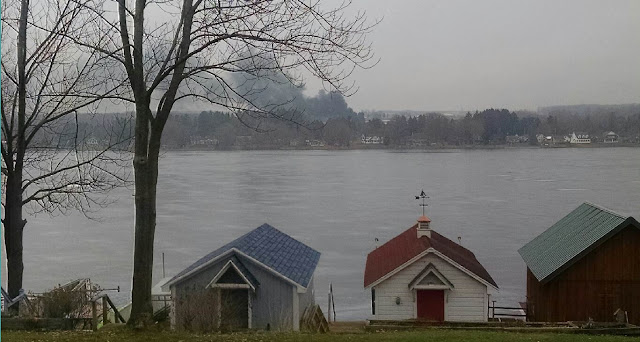 Mid Afternoon on December 15, 2018
The fire was very near to the barn and not all that far from the farm house but luckily neither became involved in the blaze. The remainder of the mound from which the fire emerged was thoroughly blackened. The official cause of the fire was not immediately available.
Posted by G.A.F. at 3:12 AM