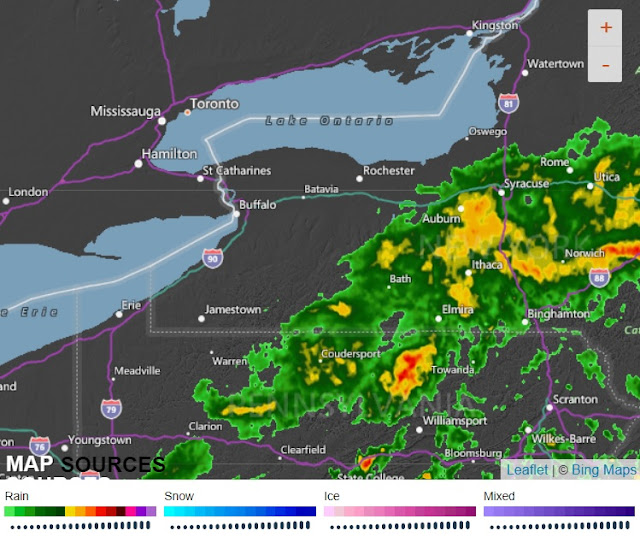 Later Monday afternoon, the jagged edges and swirling motion of Florence's northeastern track passed over  portions of Wyoming County including Silver Lake. The heaviest of rains remained in Pennsylvania, southwest of Elmira, Silver Lake basin received a modest soaking. By the time Hurricane/Tropical Storm Florence reached Wyoming County, there was no evidence of winds or floods for New York State, but some rivers in North Carolina will not crest until Tuesday afternoon, so flooding is expected to increase before it settles down.
Posted by G.A.F. at 12:20 AM