By G.A. Franklin
Both The Daily News out of Batavia, NY, and the Perry Herald out of the Village of Perry have run more than one article over the course of the last 12 years on the subject of Ann Burlingham and her Burlingham Bookstore which is located on the ground floor of the Brigg's Building on Perry's southeast corner of Main Street and Borden Ave. The Bookstore, brand new in January of 2006 rapidly became a staple of Main Street and a sign of more good things to come.

I had just arrived in Perry on July 1, 2005, to become the pastor of First United Methodist Church of Perry on Covington St., just one block down from what would be the Bookstore on Main in a short six months. Rick Hauser's Architectural firm was moving into the floor above the Bookstore right about that same time and the Rocker's Delight Restaurant on Covington (corner of Short St.) was celebrating its first year open at the time Burlingham's was opening. Perry's Main Street Association came into being in the same general time period and it seemed for a while like new hope for downtown Perry was being born.

Ann was not new to the area, having been born and raised in Perry. That seemed to give her a head start and the Burlingham name became even more recognized than before, if that is possible. I remember the time Ann prepared refreshments for an event at Stoody Hall at the Silver Lake Institute, and donated all the coffee. She was a gracious, warm and friendly host eager to be helpful and productive for her beloved community. To read the two newspaper tributes to Ann Burlingham's Bookstore, click on the "Read More >" link to the lower left right under this paragraph. 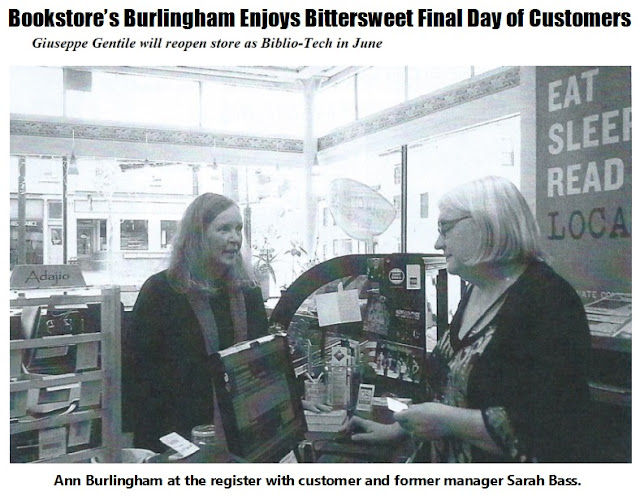 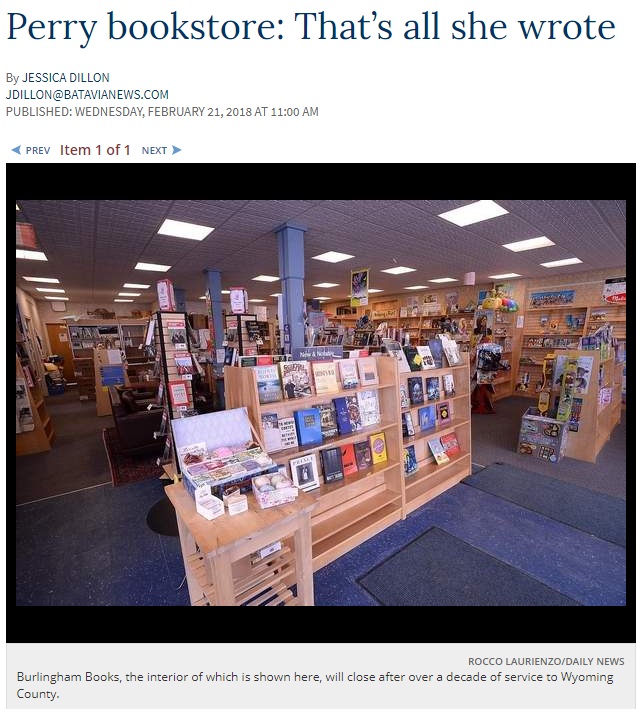