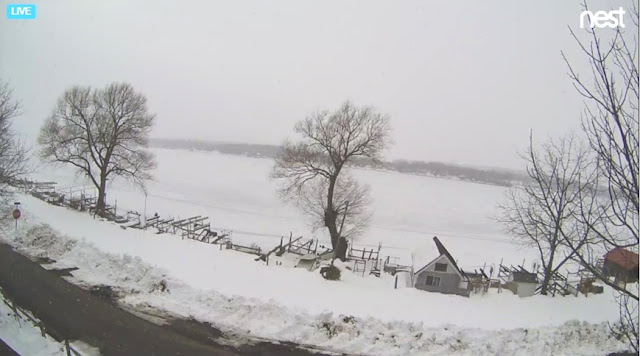 How do I know it happened? I had the link to the SLI camera turned on and my eye caught some "action" outside my window. I saw the snow shower outside my window so I began looking very carefully along the area where the dark roadway is and sure enough therr began to be little round flashes of moisturized white specs that appeared with the dark roadway as the backdrop. I was unable, however, to capture any of those snow drops before the shower was over. It was 39 degrees at the time of the shower. You will notice that the tree-line on the other side of the lake appears lighter or whiter than usual, so the concentration of those snow drops may have caused that effect.
Posted by G.A.F. at 2:12 PM